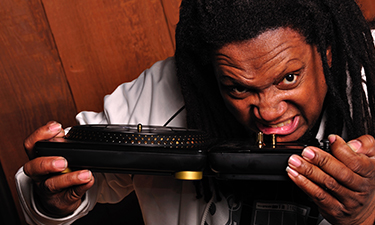 Late Night Science is a new creative project by legendary DJ and producer Donald Glaude. Transitioning and expanding his musical interests over the years from bass to percussion to violin and then moving on to the turntable, Donald Glaude’s fans have learned to always expect the unexpected when it comes to his raw and innovative talents. Fans will get to see yet another side of Glaude in this creative project.

The project showcases a different side of Glaude as he expresses more of his late-night techno/tech-house vibe which he has recently become known for. Late Night Science will be featured only at selected show sites throughout North America.