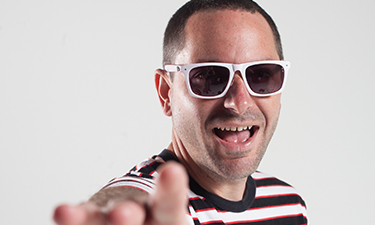 Mike Czech is a national radio DJ with a show syndicated in over 60 different cities and counting, and he’s got nearly 20 years experience DJing in clubs across San Diego and America.

Introduced to the art of DJing by music connoisseur DJ Greyboy back in 1994, Mike got his start playing hip hop, funk, soul, and reggae in local San Diego nightclubs. Since then, he has expanded his repertoire to include everything from top 40, rock, the ’80s, ’90s, and house.

Because of his deep knowledge of music and strong work ethic, he has been able to play throughout San Diego and the rest of the nation. It’s because of his commitment to music and his passion that he was able to launch his radio show SKRATCH N SNIFF in 2003 and take it completely national in just a couple short years.

As the epitome of a well-rounded DJ, Mike Czech has truly done it all. Many local San Diego DJs acknowledge the fact that Mike was a part of a core group who helped to blaze a trail for them in their own professional careers.

Looking ahead, Mike Czech will continue to branch out and touch other cities with his innovative mixes across the airwaves – all the while staying in touch with the people who rock out to his music in the clubs.