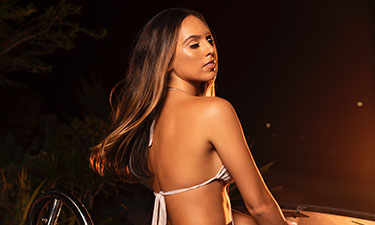 Undeniably enchanting and a head-turner from the moment she enters the room, Tess Vockler’s electrifying stage presence and passion to exceed the ‘norm’ as a DJ, live act, & performer leave her in a league of her own.

As a showstopper and utterly unique act, Tess has graced the stages of many notable venues including Las Vegas’ Drai’s After Hours, Hollywood’s The Standard, Soho House, and legendary exclusive speakeasy, Luckman, and numerous Los Angeles-based Insomniac venues. In the Australian scene, she has headlined dance floors at Sydney’s Marquee Nightclub & The Argyle.

Having recently signed an exclusive record deal with Sirup Music (Enormous Tunes, Pinkstar Records) and launching brand collaborations with fashion and headphone giants, Tess has reached a pivotal moment in her incredible journey.